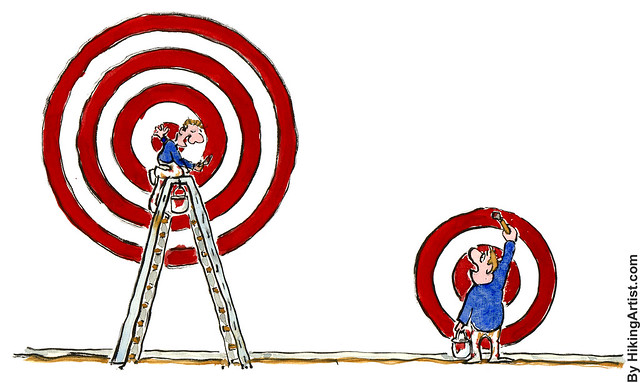 Measuring your social media efforts: We all know we should be doing it. It’s just so much easier not to.

“If you don’t take time to measure, you’re operating blind,” said Adele McAlear, director of operations, measurement and analytics with Edelman Digital in Montreal, at a recent event with IABC/Toronto’s Independent Professional Communicators.

Taking time to track what you’re doing with social networks helps you reduce your risk online – a big concern for a lot of organizations – and it helps you figure out what actually works. “If you don’t measure/analyze/monitor there’s no way for you to know whether you’re even targeting the right space,” McAlear noted.

I confess, measuring and translating data isn’t one of my strengths so I’m trying to improve. I recently read Marketing White Belt: Basics for the Digital Marketer by Christopher S. Penn which says this about Return on Investment, or ROI – a term that is often misused when it comes to social media:

“ROI is a financial term with an actual financial formula. There is no substitute for it and there are no factual, intelligent ways to weasel around it. Expressions like “return on influence”, “return on engagement” and “return on conversation” are largely invented terms by people who don’t know how to calculate ROI.”

Yet McAlear says the same thing: It’s an actual, hard, business plan number that shouldn’t be confused with anything else. “It’s about actual revenue from sales not Facebook likes.”

I think terms like “return on engagement” stem from the fact that, perhaps particularly with causes, there is a lot of social media-related advocacy that doesn’t come with an easy-to-measure sticker price. But that doesn’t mean your Board of Directors won’t question the money that’s been set aside for a part-time community manager.

McAlear gave a nod to that, too: “What’s the ROI of a press release? A photograph?” She argues that the value of committing resources to these activities isn’t measured – or evaluated – in terms of ROI. So while social media can be measured, it needs a different framework.

How hot are your social media measurement skills? Who or what would you recommend?